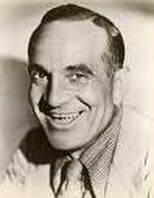 The intent is to try and include all known Al Jolson happenings such as the above. Although it is not possible to always give prior notice (better chance on the website) we include them anyway for follow on, as this and others might be via the contacts enclosed within.

​​YET ANOTHER NEW AL JOLSON CD 3 DISC BOX SET
After the success of Al Jolson The Decca Years CD, Sepia Records is manufacturing another one, Al Jolson The Kraft Music Hall Years CD, songs from radio in the late 1940s. Much more details in society literature or online.

THE JOLSON STORY & JOLSON SINGS AGAIN
Is a must for blu-ray and 4K with extras in great quality. The right people have come forward, but we need your support, your signature with hundreds of others to make it happen! Google Criterion and click on the link The Jolson Story & Jolson Sings Again on blu-ray and follow the prompts.

AL JOLSON A SUPER STAR BURIED IN HISTORY
A new YouTube focusing much on the blackface image of Al Jolson today. This presentation by a young man is more than not a positive one in the legacy of Al Jolson and his ongoing popularity and influence. The very fact a young guy like this has bothered to research into and present this on somebody long before his own lifetime speaks for itself! As does the very fact new Jolson YouTube clips etc spring up virtually on a daily basis.

THE GREATS DUET
On YouTube there has been​ two electronically constructed duets of Al Jolson singing with two other popular all time great singers. The duets are with Elvis Presley singing Are You Lonesome Tonight and Frank Sinatra singing Rock-a-Bye Your Baby With A Dixie Melody. Previously a duet with Perry Como was also seen on YouTube.

AL JOLSON'S 1933 MOVIE HALLELUJAH I'M A BUM
An initial commercial failure is now a cult classic, loved by not only fans but many others as well. It is now in the process of being COLORIZED see on YouTube. The song clip Swanee from Rhapsody In Blue has been COLORIZED also on YouTube. Please via requests etc make this happen, it might even mean more to come! For more, contact hyzenthlay.com Let's keep the legacy of the greatest of em' all alive!

'THE JAZZ SINGER' RE-ISSUED ON BLU-RAY
The phenomenal successful DVD and Blu-ray release a few years ago of the 1927 historical first commercial sound movie blockbuster of this film starring AL JOLSON is now available direct from WarnerAchive.com as is the other Jolson movies in their collection, note 'Home Page' on this website for all information.

PLEASE HELP! - TO GET "THE JOLSON STORY" & "JOLSON SINGS AGAIN" ON BLU-RAY
With possible extras etc? Google Criterion Collection or go to "Wild About Jolson" or Remembering Al Jolson" Facebook sites for full details how to sign petitions etc.

ON YOU TUBE LOOK UP "MOVIE CLUB - THE JOLSON STORY"
Interesting concept from a contemporary viewpoint with mistakes i.e. "Jolson was 50 when the movie was made" and as usual too much emphasis on blackface (good or bad) but all up considerate and put in reasonably good context and perspective.

FRIARS CLUB SALUTE TO DEANNA MARTINO - DAUGHTER OF DEAN MARTIN
Was recently held and participating in the salutes was Mr Tony Babino (the current number one Al Jolson impersonator). He of course managed to get in a plug or two for Jolson and sang one of his songs to which she joins him in a few dance steps. Vision of it is possibly accessible via their websites or facebook? Further research shows how many Jolson songs were sung by her father Dean, one of many Al influenced!

ON YOUTUBE LOOK UP "ONE YEAR ANNIVERSARY OF DAILEY VLOGGING"
More or less an obituary of Shelley Winters, including a wonderful Al Jolson connection and great views of his memorial. Both are associated with the Actor's Temple. Plus the movie that changed Hollywood "The Jazz Singer" and other great posts on the likes of Clark Gable, Elvis Presley and many others!

DANNY MOST: "HAPPY DAYS ARE HERE AGAIN - IN MUSIC"
Yes even a connection there because one of the regulars of that popular 1970s TV series Donny Most who played the character Ralph Malph was originally inspired to go into show business after seeing "The Jolson Story" at 9 years of age, and going on to appreciate other great popular singers like Frank Sinatra, Bobby Darin etc. Google the above for complete article.

JOLSON LIVES ON!
More detail on the International Al Jolson Facebook sites.
AL JOLSON still means show business, and he is still worth all the bother with stage shows etc, i.e. "You Made Me Love You-The Story Of Al Jolson" (America's First Musical "Superstar"). On YouTube there is "Al Jolson A Musical Journey" in 3 parts, also there is one on Stephen Foster, Mozart, Elvis Presley and Irving Berlin, not bad company! All worth a look especially the Jolson one!

ON THE INTERNATIONAL JOLSON WEBSITE FORUM
Jolson concerts in Croatia and radio interview. Great efforts to promote Al (although not his singing) by a very dedicated fan!

AL LIVES ON!
Two recent You Tubes "Al Jolson - Misunderstood Hero Or Villian" and "Brian Cox Breaks Into Song" with Al Jolson's "Sonny Boy", proves beyond any shadow of doubt that "Al Lives On"!

MORE CONCERTS TO AL JOLSON IN LITHUANIA
His home of birth, thanks to two Al Jolson stalwarts from Germany (A.G. Images) his memory has been rejuvenated in Lithuania where he was born, with organized concerts etc, Facebook sites, "The Immortal Jolson", The World's Greatest Entertainer" etc, should link up to these happenings, or contact
A.G. Images www.aj-images.com. Periodically we intend to include more here or in the society newsletter. Also the new Jolson documentary, keep an eye on this website and newsletter. Join the society (details on the home page of this website) and you will be right in the picture!

AWARD OF EXCELLENCE TO AL JOLSON
Jan Hernstat the president of the International Al Jolson Society, passes along the information that Al Jolson has been awarded an "Award Of Excellence" from the "Film Advisory Board". These are the people who created the film rating system. JOLSON'S FAME IS STILL VERY MUCH ALIVE"!

GOLDEN DAYS RADIO 95.7 FM PROMO
The society thanks to the support and interest from the people at Golden Days radio now has an on air promo played periodically. Calls in support of this, requests for songs etc, is highly encouraged!

AL JOLSON ON ITUNES
There's currently a great Podcast "Broadway To Main Street" a contemporary look at Jolie and his relevance still in modern culture. There is also heaps more of him (MP3 downloads etc).

AL JOLSON AND BOXING
In his lifetime one way or another Al Jolson was involved with sports, especially racing and boxing, managing a Mr Henry Armstrong (a world champion). His grandson Mr Edward Scott carries on the tradition and still honors his grandfather and Al Jolson. Google Henry Armstrong Foundation Inc. to see more and please donate if you can.

AL JOLSON MEMORIAL DEDICATION IN HIS PLACE OF BIRTH
On any one of the several Al Jolson sites online "Wild About Jolson", "The Immortal Jolson", "Remembering Al Jolson", "AJ Images" etc, found can be details, photos etc, of a very recent memorial dedication to Al Jolson at his place of birth involving political dignitaries etc, over some 130 plus years since his original birth.

THE AL JOLSON HAPPENINGS CONTINUE
"You Ain't Heard Nothin' Yet", "The Al Jolson Project", "The Other Al Jolson - Larry Parks" and "The Jazz Singer" opening in Toronto Canada, are stage shows, tribute CDs etc, based around the life, music and history of the greatest entertainer ever Al Jolson. Being in 2016/17 that says it all! Google You Tube for more info.

GREAT NEWS
Google THE LA YOU MAY NOT KNOW: AL JOLSON'S TOMB TAKES CENTRE STAGE
A brief but very positive modern day look at Al Jolson and his tomb presented by NBC.
Al Jolson lives on in MODERN CULTURE!

FOR MORE AL JOLSON ON THE WEB
Google Al Jolson, Champion In The Battle For Racial Justice: Scholars & Rogues Honours...
First Jolson Festival In Lithuania & Concert Dedicated To Al Jolson - A J Images
The Jewish Roots Of Popular Entertainment
The World's Greatest Al Jolson Archive
Remembering Al Jolson
The Immortal Al Jolson
Be immersed in a multitude of activity dedicated to THE WORLD'S GREATEST ENTERTAINER AL JOLSON - NOW TODAY! Not 70, 80, 90 or 100 or so years ago - in his heyday there is no word to describe it!
ALSO
Check out ON THE ROAD TO AL JOLSON at A J Images, a great documentary coming out on the greatest of em all!

AL JOLSON'S ACTING
In an article in a film comment publication under the title of "Trivia Top 20 Best Acting Performers By A Musical Performer", Al Jolson in "The Jazz Singer" 1927 was placed 28 in a total of 50, easily the oldest entry up against much more modern stars of very recent times.

FOR GREAT COMEDY
If intereste﻿d in the great all time comedy artists from the USA, England and elsewhere, go to the website LAUGHTERLOG.COM or write to LAUGHTERLOG.COM P.O.Box 1333 Shepparton Vic 3632. Everything from the Three Stooges to The Goons, you name it, it's there, magazines, CDs, DVDs, movies, docos, radio shows etc. If interested it's worth checking out!